Today is an extremely special and meaningful day for The Bingsoo.

It has been a year since one of pop music’s greatest songs descended from the heavens and blessed our ears in a way that was never thought of before.

I can clearly remember how my struggling mobile data worked itself up so that I can stream 4 Walls seamlessly. It was grueling, especially for someone who was so hyped with the teasers but it was all worth the wait. This was me when the beat in 4 Walls started to build up:

I couldn’t even sleep after watching it for the first time. It was stuck in my mind the whole time. Up to this day, I still wake up to 4 Walls (true story) to pump myself up that I will slay each and every day. f(x) impact, y’all.

In all seriousness and all biased views included, 4 Walls is one of the best concepts executed in K-Pop. Everything is just so on point.

I dig this shit, sue me. 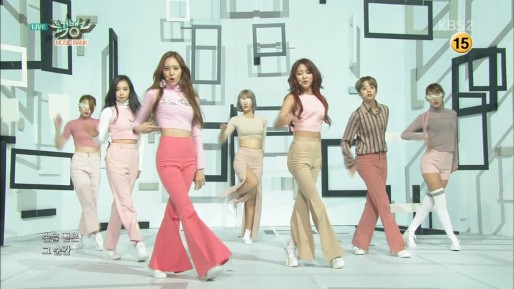 Even the remixes are excellent, ffs!

Again, everything is just so on point. Throw in some features from international press with their theories of how 4 Walls symbolized stability and basically comparing the quartet as a phoenix rising from the ashes after Sulli’s unfortunate departure, my MeU spirit was burning with so much love for 4 Walls.

Now that it’s already a year old, 4 Walls will once again trap us with its charms as it is set to be released in Japan. The Japanese version of the song has been around for quite some time now as it has been featured in their tours but this release will serve as the first formal promotion for the song.

I’d still bop to it if they released it in Swahili or Morse Code though so this comes as no surprise!

What’s more exciting though is that a new single will be accompanying 4 Walls and in the tradition of f(x) b-sides, it sounds like it is going to be a jam.

An audio leak for their first original JP single “Cowboy” circulated online last month. I was already scalped then because it sounds like an 80s inspired synthpop ditty that fits perfectly in Reboot. Unfortunately, that was not the real track. I do hope it’s a legit f(x) song though and they’d release it sometime in the future.

The “actual” Cowboy instead will remind you of f(x)’s earlier work. But true to its title though, the group will be throwing in some good ol’ hoedown throwdown as some instruments like banjo and harmonica make an appearance. Here’s a preview of the song:

I just hope that they’ll include more instruments like the fiddle so that I can fully declare f(x) as the new Steps. And then throw in some square dancing and mechanical bulls! They’re already wearing boots and cowboy hats so we’re all set!!!

4 Walls/Cowboy drops November 2nd along with their encore concert in Japan. Preorders here.

Meanwhile, here’s Steps’ classic hit to get your blood pumpin’ before Cowboy runs us over.

where in the patbingsoo?

previously on the patbingsoo